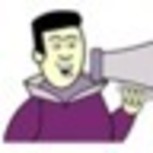 03 Aug 11 16:23
The Phoenix Stakes is the first group 1 race for 2yos run in Britain and Ireland this year. It takes place at the Curragh on Sunday 7th August. The race was formerly run at the now-closed Phoenix Park and then at Leopardstown but was moved to its current home following the loss of the straight 6 furlong track at Leopardstown. Aidan O’Brien has dominated the race in recent times, winning 11 of the last 13 renewals.

Below we take a look at the trends for the past 10 years:

Gender
Fillies (2-3-20) have won 2 of the last 10 runnings of this race from approximately 27% of the total runners. The two female winners were the only two non-O’Brien-trained winners in the past decade. Both finished in the first 2 in the Coolmore Stud Fillies Sprint at Naas.

Trainers
Aidan O’Brien (8-6-28) has trained 8 of the last 10 winners, his runners have accounted for only 37.8% of the total runners. His first strings have a record of 7-1-10.
Jim Bolger (1-1-4) is the only other trainer with an entrant this year that has trained the winner in the past decade. His last 2 representatives were a 25/1 winner in 2007 and a 12/1 runner-up last year.
Kevin Prendergast (0-1-11) has not done so well in this race, gaining no wins and just 1 place from 11 runners since 2001.
British trained runners (0-3-11) have failed to win the race in the past 10 years despite having accounted for 4 favourites in that time. The last winner to be trained abroad was Princely Heir, in 1997, for Mark Johnston.

Summary:
Based on the trends from the past 10 years you are looking for a horse: