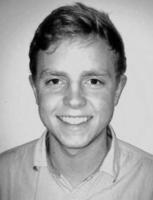 7 people are following this blog
Beat the Bookies with Bartlett!

07 Apr 13 08:31
KXIP will be kicking-off their IPL campaign away to the Pune Warriors looking to win their season opener for the first time in six attempts.

And Adam Gilchrist's men will have been boosted by watching Pune's limp defeat at the hands of new boys the Sunrisers Hyderabad on Friday.

KXIP do look a bit light in the batting line-up, especially with their leading IPL run-scorer Shaun Marsh sitting out injured. The likes of Gilchrist and his experienced compatriot David Hussey will be under pressure to score most of the runs for the Punjab outfit.

Although judging by the Warriors paltry 104 against on Friday they shouldn't have too much to worry about but the team from Pune have more potential than their opening game suggested.

With a destructive middle-order of Marlon Samuels, Ross Taylor and the returning Yuvraj Singh they are likely to score seriously big if only one of those men comes to the fore.

And Pune Coach, Allan Donald will have been happy with his team's bowling performance. Ashok Dinda, Rahul Sharma and Bhuvneshwar Kumar all performing well, and let's not forget, despite their poor batting performance, they did manage to restrict the Sunrisers to 126.

If their bowlers can perform to a similar level then I would expect their explosive batting line-up to live up to their billing and see off KXIP who do look slightly weak, if the Warriors can claim a few early wickets then this could be a walkover.

One interesting stat to take note of is that 4 out of 5 of the teams batting first in this year's IPL have gone on to win the game. Therefore, whoever wins the toss could have a big advantage and odds are likely to change drastically according to that outcome.