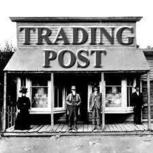 Get the cards out

03 Jan 12 13:26
Its early doors and damn poor racing today but I think we can take a chance of getting a trade in the 2.25 race at Southwell in the shape of the Bill Turner trained gelding Six Of Clubs. The price will probably  drift because of the lay off, as its before 9 this morning right now and anything could happen yet.. He has ran decently enough after a break and all we want him to do today is trade, the last time he ran after a break he traded down to less than 5 from a Betfair SP of 46. In all, he has been available to trade in all of his last fifteen races which includes seven from seven at this course and five from five for this claiming jockey. In seven of his last eight he has traded down to odds on in running. Available to back at 8.2 leaves us needing an in running lay off price of:

A trade only for those who took the bigger price nearer the off.