DartsnBooze
Date Joined: 16 Oct 10
Blogger: DartsnBooze's blog
Add contact
14 Dec 17 08:50
Joined:
Date Joined: 16 Oct 10
| Topic/replies: 15,268 | Blogger: DartsnBooze's blog
Here we go! The big day of the world championships has finally arrived. There's some off the cuff musings drifting away from the event itself but otherwise it's all systems go as we look forward to another ally pally darts fest bonanza. The total tourney 180's market is a particular fav and regardless of the lowest line i'm an optimist and will cheer every 180.

Top 8 seeds.
MVG is back to his best.
Wright has gallstone issues.
Gary Anderson developed a back twitch during the recent players champs finals.
Gurney has a tendency to hit the wall over longer formats.
Mensur has not only improved, he's also sped up his game.
Taylor is playing in his last ever pdc event.
Aidie Lewis continues with his non existent "lose 4 stone" diet.
Chisnall joined Merv on the crocked bench of players suffering with sciatica.

Others of note:
Wade is forever falling over the line, yet blames others for his lame attitude.
Cross looks ready to gate crash the party. Danger! Danger! High Voltage!

As boring and predictable as it is I see nothing other than an mvg victory.
Barney was exceptional in beating mvg 2 years ago. The green machine got his revenge last year with a blistering display, averaging 114 to rvb's 109. It's muted that mvg has yet to retain a major where sets are involved. This time around he's like a dog with a bone and fully focused with regaining the world championship. Mainly thanks to Taylor belittling him at the world matchplay with his antics and post match interview. Michael will be silently giving Phil the middle finger regardless of opponent right up to the ref calling game, shot, match as he lands his 3rd world championship crown, thus retaining the title.

So how will Taylor fare, and if not winning it for a 17th time in what is his last appearance then who will beat him? How mvg would love the opportunity in front of a waiting world to give payback and much more as they're drawn to meet in the final. Ive looked at the draw and as crazy as it seems i've gone with a player i've constantly slated. It's time he produced the arrows of former glory days and he seems the man to have both the gonads and ability to do it. Come on Wadey!


4/7 Steve Beaton v 6/4 William O'Connor
The Adonis v The Magpie opens proceedings. During my darting years I came up against both players. Steve a few times, the first during an exhibition in 1991 when he was a star in the making and representing England. And against Willie some 22 years later in an event called the UK Open, at Bolton Reebok stadium.

Steve's pedigree and longevity is well known, whereas Willie's experience on the big stage has been helped by the Irish route to major events and playing in the world cup pairs. Willie was touted, (not outed) as being the master behind the mischievous Justin Credible. Why? Because this character apparently hails from Ireland. A blogger who canes both codes with little regard of stature. K-nob of the week is the Viz of today. Both are capable arrowsmiths on their day, though the pace of the game could hinder Beaton. The pace of the match leaves too many question marks.


21/20 James Wilson v 10/11 Krzysztof Ratajski
James was one of my favs during his bdo years. He stated it took him a while to adjust to the intensity and high level of opponent during his first year with the pdc. This season has seen the former jammie dodger, now sporting a new (why change?) nickname which will be on his shirt tonight. A gradual climb up the rankings has culminated in reaching several tv majors. One flaw he seems to have picked up is his inability to get over the line having created winning positions in the big matches.

Scrabble champion scorer "the rat" has had an eventful year which some say exploited the system of both codes as he mainly played the euro circuit of the pdc pro tour which allowed him to also play in bdo events. Culminating with winning the bdo winmau world masters where along the way he beat both the No 1&2 seeds McGeeney & Durrant with averages of 97, & 101 in the final to cop the £25,000 top prize. Uncle Barry responded to a tweet saying he wasn't surprised the then 84th ranked player in the pdc had beaten the best in the bdo. The Rat was offered a place in the bdo world championship but declined the invitation.


1/50 Michael van Gerwen v 33/1 Christian Grey
Gerwen has been at the top of his game of late and shows no sign of stopping. He could easily romp home 9-0 legs if Grey's arthritis flares up. If mvg throws first it could be worth a decent punt.

Grey has been riddled with arthritis is his throwing arm though the real reason is mainly due to his kinky ways with his bint miss Swan. On a going day Christian has the game to push the top players. Drawing Gerwen in the opening round is another matter. Would be good to see CG over come his frailaties and put some legs on the board.
Selection - Under 12.5 total legs* @ 8/11 coral 1pt
*Providing MVG throws first. (Info available on 365 in-play prior to the match starting).


2/5 Gerwyn Price v 9/4 Ted Evetts
The last match of the night sees the growler take on a qualifier.
Super Ted qualified via the play offs and smashed it with impressive stats including 100+ averages along the way. Ted's been practicing with Alan Norris (amongst others) leading up to the world champs which should stand him in good stead when it comes to the gamesmanship of a player like Price. No doubt Norris has given Super Ted plenty of advise in these matters as he's not shy himself of giving it large on the big stage. Winning a tour card at his first attempt and also qualifying for euro pro tour events has helped Ted gain big stage experience in front of large crowds. He endured a blip? with a 10-1 mauling v Kim Huybrechts earlier in the season, but as they say it's a learning curve. Ted is super laid back and unphased with what is his biggest darting challenge to date. I was tempted to select Ted Over 3.5 180's but will sit back and enjoy the match.

Gerwen Price first came to light during pro tour floor events. He had a much publicised twitter spat with Aidie Lewis (both players fined by the dra) with no love lost during their matchplay match won by Lewis in a turgid display with both players well under performing. Price's recent antics v Cadby in the grand slam was as embarrassing as anything in darts, their standard of play being beyond poor. I attended the matchplay when he came a cropper v Taylor though it didn't phase him as he still gave it the big one several times, non more so than when he nailed the 170 c/o. It got a nod of approval plus a smile from the great man. What you don't see off camera/during break intervals can be highly amusing at times with some antics on stage and on this occasion (like many others) the welsh fans got pelters from the "home crowd." Price is now a regular in the majors with plenty of experience. My heart says Ted, my head says Price 3-1 sets.
Selection - No bet

All in all not a bad opening night's line up at Ally Pally. Hoping local lad Ted Evett's does himself proud, with the main bet being Wilson covering the 180's line. Here's to a great worlds. Typing such bollocks is time consuming so who's next with some pearls of wisdom ahead of tomorrow's matches?

P.S. "Stand up if you love the darts, boring tables, and can't afford a table" don't seem that bad when in attendance in what is a party to end all parties. Go treat yourselves. Clock countdown 9hrs 10 minutes
Pause Play • Switch to Standard View *** World Darts Championship - Day 1...
Show More

Steve Beaton v William O'Connor - Highest Checkout Score Over (121.5) - should be a close encounter and both players tend to perform in fits and starts but are very capable of good arrers. With a minimum of 16 legs I fancy the H/Co to cop.

1/50 Michael van Gerwen v 33/1 Christian Grey - Michael van Gerwen to win 3 - 1 @ 7/2 - Kist is not what he once was but shows his quality fleetingly enough to warrant interest in nicking a set off V Gerwen - who has lost at least one set 3 times in the last 6 years and against inferior opponents to Kist.

Gl all and let's play darts!!

Great write up D&B thanks :)FWIW I fancy:Steve Beaton v William O'Connor - Highest Checkout Score Over (121.5) - should be a close encounter and both players tend to perform in fits and starts but are very capable of good arrers. With a minimum of 1 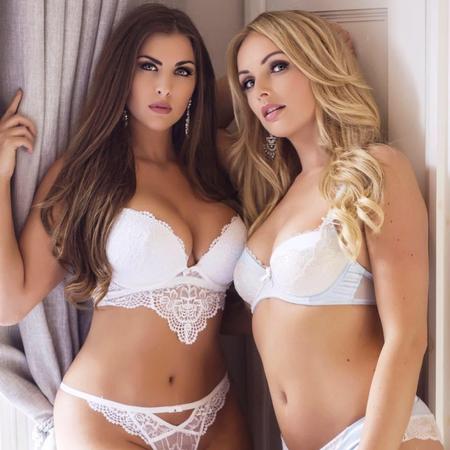 Report a bitofinterest • December 14, 2017 8:08 PM GMT
ed and king john part have apparently hired a bouncy castle moored outside ally pally for the next fortnight.

"The lethal biscuit" James Wilson, why?

They didn't even use this nickname in his walk on.

They didn't even use this nickname in his walk on.

Report Danno • December 14, 2017 9:32 PM GMT
Great write up DnB.  Well done on the Wilson 180's.
Hope this forum can keep up some good darting chat and betting tips throughout.

Report DartsnBooze • December 14, 2017 10:30 PM GMT
Pauliow,
Great to see the walk on girls back on these pages, though I must say in reality your lass Daniella is some what midget sized up close.

Pauliow,Great to see the walk on girls back on these pages, though I must say in reality your lass Daniella is some what midget sized up close.