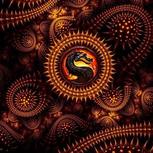 17 Jun 13 13:55
Pitch and conditions@crickinfo
There were plenty of runs available at The Oval when England and Sri Lanka played there on Thursday and the forecast for London on Monday is for a cloudy day with the risk of showers.
Stats and trivia@crickinfo
Sri Lanka have won six of their past 10 one-day internationals against Australia
Should Australia fail to progress past the group stage it will be the first time since 2000 that they have not reached the semi-finals of a Champions Trophy or ICC KnockOut
Kulasekara needs 19 runs and one wicket to become the fourth Sri Lankan to the double of 1000 runs and 150 wickets in ODIs, after Sanath Jayasuriya, Chaminda Vaas and Upul Chandana
Adam Voges has played Australia's past four ODIs, his longest consecutive streak of matches in a spread-out career spanning nearly six and a half years
Phil Hughes got outstanding record against Sri lanka

Ed Hawkins @cricketbetting reckons the Sri Lankans should prove too hot to handle for Michael Clarke's sorry bunch at The Oval on Monday in what is effectively a quarter-final  @betfairsportbetting
Conclusion.
Equally matched.?
No way .Australia proved not value in their even price.
Look around for the stats ,Srilanka lost to Newzealand in close contest
We got Srilanka price evens in the second innings with 137 to defend in second innings.
Normally we can't get even 1.01
And We believe in Australia bowling attack .Proved wrong. No M.stark as well.

If Australia need a win,
Birthday boy Watson or Phil Hughes or Bailey(He will be my bet if you want top run scorer market)
fires.
Australia bowling.Pitch look 260 wicket. So Not today
If Srilanka chokes? Malinga and Kula looks good. And we forget about Herath. They may bailout.
If SL bowling choes, You know the answer.
Australia need big margin to qualify,Notice IF stac or Clarke played ,its only for practice purposes
Dont fooled to think Australia gonna win with big margin. They don't bother so do I
Why the price is high?
Australian market bring in lot of money into betfair.
thats why Australia was 2.02 Now 1.7$

Okay my trade tragedy today?
South Africa will find several way to choke in a important match - Bravo
Outcome :South Africa won by luck.
Not today,
If you already take the price already ,Trade out 1.71 .Then watch the match.Enough.
If you trade out 1.71 ,Or need a price, lay the price 1.71 and Back the price 1.85 after toss and put a lay for  1.61. No more action.
Gamble:Take the price 1.85 after toss and lay 1.61 and start to trade with profit and greenbook for break,
DONT get into second innings or If you are red halftime,Take the red.
DONT go into action 2nd innings

The price we need for Srilanka 1.61
Am I missing any point ,Please give me a shout @sggemail