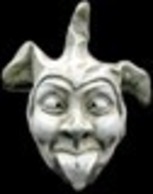 Nobody is following this blog
When I ....

When I Wasn't Walter Mitty

01 Jun 11 09:02
I've decided to save my write-ups for posterity (long after the winnings are spent, you'll
be able to reminisce about how the information reached you.

When I was in the SAS I was selected to infiltrate the French Foreign Legion because British Military
Intelligence had reason to believe that the French had been unduly influenced by their North African
connections in certain matters pertaining to the interests of the UK in the Middle East. Politics! But the
main point is this: as a UK trained soldier I was quickly lifted from the ranks, and my fluent French
made it hard for them to ignore me when it came to promotion. Within a few years I was at the rank of
Capitaine (equivalent to captain) and I was mixing with many officers in the mess who went on to
become high-ranking officials in France's system of military government. Using these contacts - and
also my contacts in the CIA and MI6 - I am able to bring some impeccable and sumptuous information
to your computer monitor today for your delectation and for the enhancement of your wealth. Todays' horse
will bring my winning streak to 1 of 1 delicious tips, a batting average of 100% strike rate. I will continue to
furnish this forum and its members with juicy, well-cooked morsels of gourmet information under the
cryptic heading, "When I was in the SAS" (which will deter the rogueish Irish members here from posting
their nonsense).

When I was in the French Foreign Legion there was a bloke there whose father was a comte (that's a sort
of aristocrat that the Europeans have and we don't). He was a second son (the bloke, not the comte) and
due to the primogeniture practised by his family, he stood to inherit very little except a nice accent and the
benefit of a good education. In these circumstances, one normally tries to marry well to get a start in life,
but my chum decided to make his own way and after a couple of catastrophic business failures he ran off to
the Foreign Legion to become a man. It was there that he discovered an almost supernatural talent for picking
winning horses. His system was simple enough: he identified competitive handicaps and then found horse
that had won within the last week. He reckoned that the handicapper would be behind the game in these cases,
and that the horse would frequently overcome a penalty. Also, proven fitness is a big advantage.

If he was alive today he would have advised me to have a small wager on Bold Cross in 3.20 at Chepstow.
He has a 6lb penalty today but got his first win for a long time last week. He likes it over 8f and is worth a tickle
at the generous odds of 13/2.

Last night, at a private meeting, Barack and I had a good old chinwag. Obviously, he was interested in my
opinions about the Middle East and my views on how he handled the execution of Al Quaeda supremo, Osama
bin Laden. He also asked me who I expected to get the Republican nomination next year and how he should
best frame his campaign in order to achieve a second term in office. Once I'd finished advising him, who
should amble in, but Her Maj! Of course, we go back a long way, and we soon got onto the subject of racing.
Obama just sat there looking like a lemon - in the end I sent him off to tell his better half to use the knife as well
as the fork, and to eat her salad with the dinner, not separately. Anyway, to cut a long story short, it turns out
that old Elizabeth Regina fancies the same nag that I do today. It's called Mortar and it runs in the 4.45 at Newton
Abbot. He won a point in April and also landed a race at Folkestone, so should be good and fit. He benefits from
bottom weight here, and as Her Maj pointed out, Insignia ain't a good jumper.

Unlike my Victoria Cross, my Croix de Guerre was awarded with much pomp and ceremony in the presence of
most of France's movers and shakers. It was at this time that I met a young short-arsed Frenchie called Nick.
Would you believe he elbowed his way up to the giddy heights of the presidency and managed to throw off
his old missus as a trade-in for the fragrant Carla Bruni? Now I don't have a lot of time for the French - they're
OK as a buffer zone when the Kr@uts get uppity, but you'd hardly trust them with your nearest and dearest - but
Carla is a lovely, lovely woman and for her I would go to the ends of the earth.

Here's the gen: Carla rang me today and asked me if I know how to place a bet on a horse - she sees me
as something of a fixer. I told her it wasn't something I know a lot about (hide my light under a bushel, keep
my powder dry, play the cards close to the old chest) but that I could call in some contacts if required. Well
she wanted me to have a nice little bundle of Euros on Bavarica in the 5.50 at Newmarket (though
she called it "nouveau marché" until I corrected her). "Et avoir un peu vous-même", she told me. I said
I certainement would have a dabble and asked her why she fancied this beast so mightily.

Most of you will have read my memoir - Beau Jester or Why the French Foreign Legion is a Joke -
so you will know that the character played by Fernando Rey in the film, The French Connection, was loosely
based on a criminal mastermind I encountered when I was infiltrating French military intelligence whilst
working for MI6 as part of my SAS job. The man's name was Jean Jehan. He was a drug-smuggler and a
gangster, but was lightly punished because he had won favour with de Gaulle during his military years.
Some people believe he is still alive and exercising his debonair charms in Switzerland's upmarket watering-holes.
I happen to know that he is not alive. However, his nephew inherited Jehan's criminal business and now swans
around Europe in a similarly arrogant manner. He is, they say, like T S Eliot's Macavity:

Macavity, Macavity, there's no one like Macavity,
There never was a Frog of such deceitfulness and suavity.
He's a fiend in amphibian shape, a monster of depravity.

Certainly, the description fits him like a tailored kid-skin glove (available for £99.99 in Savile Row).

Well, last week, when Carla Bruni gave me the sumptuous winning tip that I passed on to you in this very
forum, she mentioned to me that Macavity (that's the codename used for him by the French Direction centrale
du renseignement intérieur) was currently ensconced in Klosters at a little hotel I'm fond of myself. "Why don't
you look him up for old time's sake?", she asked me while fluttering her gorgeous lashes. I pride myself
on being able to read subtext at a hundred paces, so I told my pilot to take me straight there. Thankfully, a long
meeting with the polluted purveyor of purified poppies was unnecessary; all he wanted was a large bet placed for
a small commission. I can share the name of the horse, it runs tonight in the Land of my Fathers and it is called
Domino Dancer in the 7.15 Ffos Las. I'll be having a fiver. Macavity has asked me to place Eu500,000 for him.
Rate post:
0 (0 Ratings)
Share |
Tags:
Carla Bruni, foreign legion, Horse Racing Tips, SAS
report
No Comments [ 564 views ]
www.betfair.com Betfair