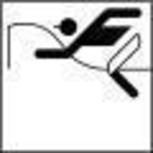 07 May 11 07:12
Good evening.
A fiercely competitive race for tomorrow and rain forecast as well.

Al Muheer has been well supported for this race but I really feel that David Nicholls other runner Layla's Hero
has a better chance and could go really well over 7f.
He was with the stable as a 2yr old racking up a 3 timer over 6f at Class 2 level and two listed races ending up on a mark of 103. Some of the runners he had behind him in those races include Colonel Mak, Citrus Star,Swilly Ferry,Pintura, Yaa Wahl etc etc.
With David Simcock last year he struggled somewhat off his rating until the backend of the season where he ran some promising races as his rating dropped including a somewhat unlucky run behind Navajo Chief and Leviathan, along with a 2nd to Colepeper and a fair 5th to Excellent Guest over the C/D giving that one 13lb.
He's now back with the Nicholls stable and ran a fair race FTO behind Horseradish at Doncaster, not really beaten far in 13th despie flyjumping the start and that run should have brought him on for this. He fits the type of runner that has won this race and despite not having won at the trip I feel it should suit really well.
Al Muheer is the more fancied in the market but Ahmed Ajtabi has a quite amazing record for the stable having
won on 8 from 17 runners (47%) producing a £56.07 profit to stakes.

He is back to a mark 4lb below his first listed win at 2 and could be a typical good at 2, struggled at 3, very good at 4 runner. Well thats my theory anyway ! There's rain forecast and I feel that will help the cause but overall feel he is a well handicapped runner and it would be no suprise to see a big run tomorrow at a big price.

I will be adding another selection for the race tomorrow but feel the first selection has a good chance at a good price.

The second selection is Douze Points for new trainer Ed De Giles.
He had some fair form in Ireland last year and had Brae Hill behind him when a good 3rd over 7f to Hujaylea who has gone on to run well at Meydan including a 2nd to Dandy Boy there.
He ran well on his reappearance run at Ripon over 8f to finish 4th and his trainer reported he should come on for that as was one who took a while to get fit.
He was also 4th to Thats A Fret who came over here to win a Class 2 over 5f at Catterick.
There's some really good bits of form from last year that give him a fair e/w chance today and 33/1 looks a big price.
He also has a very good record in big fields. In fields of 18 runners or more he has figures of 231500344 from 6 to 8f. He runs off a mark of just 89 today and the 5lb claim will also help. With big field form and fair overall form I feel he is another worth a try at a big price.