Do you know what the best staking plan is?
There is a really good book called “The Staking Plans Book” out now on Amazon.

The book analyses 32 staking plans and ranks them from best to worst. But, just knowing the best staking plan is not enough, we also need the correct settings to use with those plans. Each staking plan has its own chapter that shows the best settings, a walkthrough of how to use it, a simple summary table with pros and cons listed and detailed analysis of the staking plan applied to various types of betting system. Each staking plan was tested with 7 different artificial data sets of 10,000 bets and 1 artificial data set of 60,000 bets with different odds levels. Each plan was also checked with real betting strategies taken from Betaminic. Each of those data sets were also put through 1,000 Monte Carlo Simulations to make sure the results were not just due to luck. All staking plans were ranked based on their efficiency when used with a 100 point bank. It also includes advice on when to take out profit from a system. This is probably the most thorough examination of staking plans ever undertaken.

The best staking plan is Whitaker Staking. It is a combination of Percentage Staking, Target Profit Staking and Secure Staking. You can find the correct settings and how to use it in “The Staking Plans Book” on Amazon. 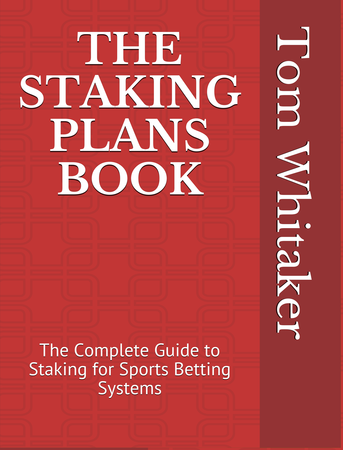