There will be NO reserve system this time but those who enter before the cut-off time are guaranteed a place. The deadline will be adhered to on this occasion.

Days 1: 32 Groups with 32 winners progressing to the quarter-finals on the Wednesday.

Day 2: 8 groups of 4 with 8 winners progressing to the semi-finals on Thursday.

Day 3: 2 groups of 4 with the winner of each group progressing to the Grand Final on Gold Cup day.

Winning bets will be settled at Betfair SP with no commission applied.

An important change from previous comps for the Group stages only is that duplicate selections are permitted.

If there is a tie for the top spot, it will be settled as before by:

i) The winner being the person whose selections would have won the most money had they obliged
ii) if the above doesn't settle it then whoever posted their selections first will qualify.

Each finalist will be required to post a selection in all races on Gold Cup day.

Duplicate selections will not be permitted so whoever takes the chance of showing their picks first will have first choice.

Any duplicated selections in the final will be settled as losers.

I will ensure that common sense and fair play prevails at all times and my decision will be final in the event of a dispute.


ALL ARE WELCOME TO ENTER

Good luck and may the best man or woman win!

look at all these "silver darlins" waiting Zipper ....you know you want to ....lets be avin ye

2. ALL SELECTIONS MUST BE POSTED BEFORE THE OFF TIME OF THE FIRST RACE

5. All selections must run at Cheltenham

6. MULTIPLE BETS ARE NOT PERMITTED

7. ALL 3 SELECTIONS MUST BE POSTED AT THE SAME TIME.

8. PLEASE ENSURE ALL 3 SELECTIONS ARE CLEARLY PRESENTED, AND INCLUDE THE RACE TIME, for example:


9. Betfair odds will be used to settle bets (no commission applied:

10. Duplicate selections are permitted throughout the Group stages but not for the final

11. Non-runners: Please ensure your selections are still intended runners at the time of posting,  non-runners selected AFTER they have already been withdrawn will be settled as losers.

12. In the event of a tie, the competitor whose 3 selections would have won the most money had they all obliged, will go through.

In the unlikely event of a tie that can't be settled using the above method, whoever took the chance of posting first will go through.


14. In the event of a dispute, I will ensure that fair play and common sense prevails, therefore my decision will be final.

The Final: Each finalist will make a selection (mythical £100 on each) in each of the 7 races on Friday. Whoever posts first will have first choice and his/her selections cannot be duplicated. As before, each bet can be win, win/place or place only.

Good luck all and may the best man or woman win!
2015 HR FORUM CHELTENHAM CHALLENGEWinner: £150Runner-up: £50THE RULESPlease familiarise yourself with them and feel free to ask any questions if you're unsure about anything1. Each player will receive a mythical £300 to place on 3 bets (£100 on e

Report Gibberish • March 8, 2015 5:38 PM GMT
I'll have a blast of this too...can't believe I've only just noticed the thread as we're coming under starter's orders

I'll have a blast of this too...can't believe I've only just noticed the thread as we're coming under starter's orders

Have I spotted this just in time?

Unfortunately not please', only a small charge for the time I have to spend typing out your name

Just in time, undecidedUnfortunately not please', only a small charge for the time I have to spend typing out your name

Report Navel-Gazer • March 8, 2015 5:59 PM GMT
I thought I'd piss you all off when you realise the eventual winner was the very last supplementary entrant

And if you're not in the Group it says you are in on the list...then check the groups either side

If the list says you're in Group 30, for example, but when you look at Group 30 you're not there, then look in the groups either side!

Report SkintofGreatYarmouth • March 8, 2015 8:12 PM GMT
Mummy, that GEORGE.B is being horrible to me!

Mummy, that GEORGE.B is being horrible to me!

Thanks, two chances of going through then!

GEORGE.B,Thanks, two chances of going through then!

Report SkintofGreatYarmouth • March 8, 2015 8:25 PM GMT
Reminds me of the proverb, Look before you leap!

Reminds me of the proverb, Look before you leap!

Report GEORGE.B • March 8, 2015 10:39 PM GMT
xmoneyx, please see the opening post for the comp format. I mistakenly put Matchplay in the title, obviously as there are only 4 days to play with, we've had to go with groups until the final.

Report ph. • March 8, 2015 10:53 PM GMT
I'm busy for few days and spending time on here isn't part of the plan unless I get through but thats a million. Let the others be strategic

£100 win singles
I'm busy for few days and spending time on here isn't part of the plan unless I get through but thats a million. Let the others be strategicL'Ami Serge- OpenerThe New One- Champion HurdleSegos Success-NH Chase £100 win singles 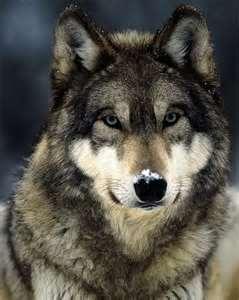