One nominee only please.

Had the honour of watching him live on at least half a dozen occasions and he was the greatest I`ve ever seen.

Not saying he was the best ever, the question is the best one has seen.
Pause Play • Switch to Standard View Best Goalkeeper Ever
Show More

Report The Dragon • November 5, 2021 4:08 PM GMT
if its best ever seen then that limits the choice . Shilton for me class act and very underestimated.


Buffon was great, but the games changed
since banks/jennings 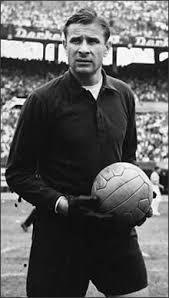 Report antony_27 • November 6, 2021 4:15 PM GMT
Never saw him play but Bert Trautmann must be one of the all time greats for playing on in that Cup Final with a busted neck

In August 1933, he joined the Jungvolk, the junior section of the Hitler Youth. Trautmann joined the Luftwaffe early in the Second World War, and then served as a paratrooper. He was initially sent to Occupied Poland, and subsequently fought on the Eastern Front for three years, earning five medals, including an Iron Cross. Later in the war, he was transferred to the Western Front, where he was captured by the British as the war drew to a close. As a volunteer soldier, he was classified a category "C" prisoner by the authorities, meaning he was regarded as a Nazi. One of only 90 of his original 1,000-man regiment to survive the war, he was transferred to a prisoner-of-war camp in Ashton-in-Makerfield, Lancashire. Trautmann refused an offer of repatriation, and following his release in 1948 decided to settle in Lancashire, combining farm work with playing goalkeeper for a local football team, St Helens Town.

Performances for St Helens gained Trautmann a reputation as an outstanding goalkeeper, resulting in interest from Football League clubs. In October 1949, he signed for Manchester City, a club playing in the country's highest level of football, the First Division. The club's decision to sign a former Axis paratrooper sparked protests, and 20,000 people attended a demonstration. Over time, he gained acceptance through his performances in the City goal, playing in all but five of the club's next 250 matches.

Named FWA Footballer of the Year for 1956, Trautmann entered football folklore with his performance in the 1956 FA Cup Final. With 17 minutes of the match remaining, Trautmann suffered a serious injury while diving at the feet of Birmingham City's Peter Murphy. Despite his injury, he continued to play, making crucial saves to preserve his team's 3–1 lead. His neck was noticeably crooked as he collected his winner's medal; three days later an X-ray revealed it to be broken.

Trautmann played for Manchester City until 1964, making 545 appearances. After his playing career, he moved into management, first with lower-division sides in England and Germany, and later as part of a German Football Association development scheme that took him to several countries, including Burma, Tanzania and Pakistan. In 2004, he was appointed an honorary Officer of the Order of the British Empire (OBE) for promoting Anglo-German understanding through football. Trautmann died at home near Valencia, Spain, in 2013, aged 89.
Bernhard Carl "Bert" Trautmann EK OBE BVO (22 October 1923 – 19 July 2013) was a German professional footballer who played as a goalkeeper for Manchester City from 1949 to 1964.In August 1933, he joined the Jungvolk, the junior section of the Hitle

he is also the only keeper to win the ballon d'or

Report sparrow • November 6, 2021 7:49 PM GMT
he 1954 FIFA World Cup Final was the final match of the 1954 FIFA World Cup, the fifth World Cup in FIFA history. The game was played at the Wankdorf Stadium in Bern, Switzerland, on 4 July 1954, and saw West Germany beat the heavily favoured Golden Team of Hungary 3–2.

The 1954 final is often listed as one of the greatest matches in World Cup history, and also one of its most unexpected upsets. Beyond football, some historians ascribe the match a lasting impact on both German and Hungarian post-World War II history, contributing in West Germany to a sense of regained international recognition after the lost Second World War and denazification, and in Hungary to discontent with the communist-authoritarian regime in the run-up to the 1956 Hungarian revolution. In Germany, the 1954 final is known as the Miracle of Bern (German: Wunder von Bern).
he 1954 FIFA World Cup Final was the final match of the 1954 FIFA World Cup, the fifth World Cup in FIFA history. The game was played at the Wankdorf Stadium in Bern, Switzerland, on 4 July 1954, and saw West Germany beat the heavily favoured Golden

stories about Germans using drugs in the final

that was the only tournament the magical magyars played in

no european championship back then
Hungarians wallopped Germany in the group stages...but Germany didn't play their styrongest XIstories about Germans using drugs in the finalthat was the only tournament the magical magyars played inthey didn't enter the 1950 tournament and many of th 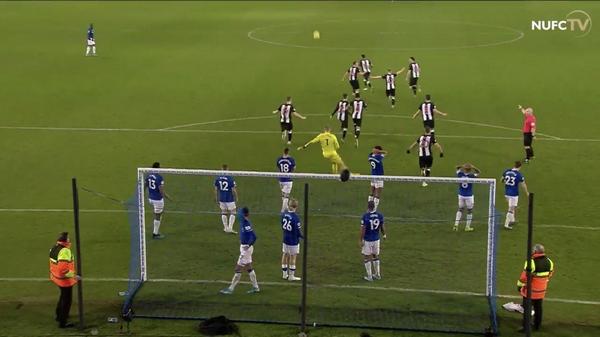 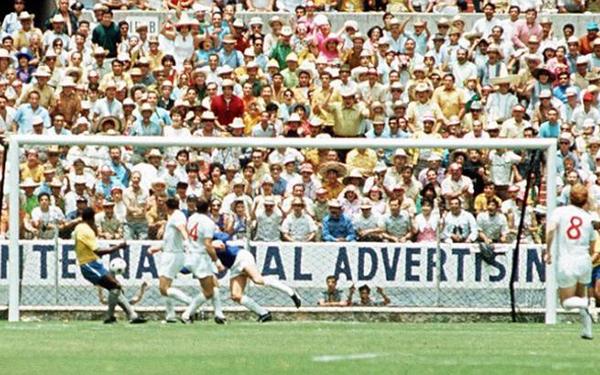 Report Coachbuster • November 6, 2021 9:01 PM GMT
now all the outfield players are wearing gloves even in the middle of a heatwave  ...25c  on one occassion

What a fantastic myth .........England unbeaten at Wembley against foreign countries....before the Hungary defeat

for some reason these were mostly not played at Wembley, often they weree played at Highnury or White Hart Lane

not sure what the reason was

I suppose you could say "Hungary were the first team other than the Home Nation, and the Irish Free State, to beat England at home"
England played a fair few home games against continental sides (Germany, Spain, Italy, Belgium, France)for some reason these were mostly not played at Wembley, often they weree played at Highnury or White Hart Lanenot sure what the reason wasI suppos

Report Giuseppe • November 6, 2021 11:19 PM GMT
pretty sure that Ireland team would have been referred to as "Eire" in the match programme

the romans had a ball game too called harpastum

The mug has been warned !