Home › Chit Chat Forum › Quick Poll- Europe - In or Out ?- and we'll see how/ if minds change as the debate proceeds
Switch to Community Classic App Directory
Forums

Quick Poll- Europe - In or Out ?- and we'll see how/ if minds change as the debate proceeds

Anyone votes in im hunting you down!

and a threat or two 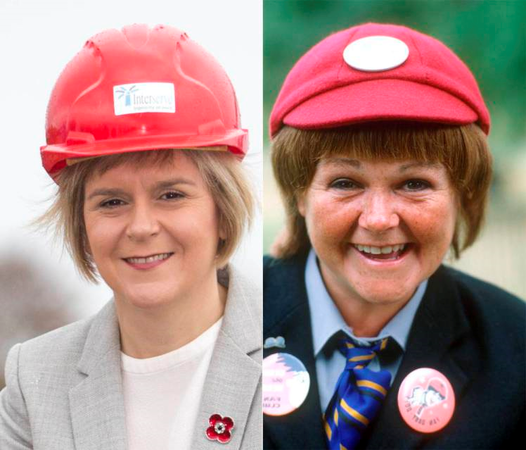 Report wit-ham • March 5, 2016 2:18 PM GMT
Out here too- if we stay in we are Fuuuukkkkkkkkkkeeeeeedddddddd

Which mugs did you get to "man" the stall while you skived off early, Burton-Brewers?

The problem then was immigration from the commonwealth...we did not control that

So we have shot ourselves in both feet not just one

I suggest we stop now, we must come out, because the next bullet might go through our head
mememe • March 5, 2016 2:47 PM GMT OUT ... fook multiculturism, let's try and get our country back ... but I fear that we're doomed I tell ye, dooooomed.I want it to be like the sixties, that's all. Controlled immigration, for the country's needs,

Report ebulGery • March 5, 2016 4:04 PM GMT
I don't think we ever have had our heart in Europe anyway, it was always a bad marriage

We thought it was just removing trade barriers...this movement of labour is insane

Report mememe • March 5, 2016 4:10 PM GMT
Some racism maybe, but we soon grew up and realised that underneath we're all pretty much the same.

But the recent deluge of immigrants - past 20 years? will give us (are giving us) nothing but trouble.

Report Burton-Brewers • March 5, 2016 4:28 PM GMT
Which mugs did you get to "man" the stall while you skived off early, Burton-Brewers?

Which mugs did you get to "man" the stall while you skived off early, Burton-Brewers?

I agree with Bix it is a question of the numbers now, we cannot keep taking immigrants
mememe • March 5, 2016 4:10 PM GMT Some racism maybe, but we soon grew up and realised that underneath we're all pretty much the same.That may well be true but that does not mean we can live together...look at the touble we have with Muslims now???

Report ebulGery • March 5, 2016 8:50 PM GMT
It has got worse because ex East European countries entered the EU, the only thing we get from is people

Report wit-ham • March 5, 2016 8:55 PM GMT
The country can not cope its getting more and more clogged up
Roads,schools,doctors,hospitals,prisons.
Then they say "We need all these immigrants to work in the hospitals etc"

Report ebulGery • March 5, 2016 9:29 PM GMT
Very true wit ham we have got ouselves into a trap..but we are going to have to stop at some point

Report ebulGery • March 5, 2016 9:35 PM GMT
We are an island, use it, it is no longer a question of encouraqing people to come here

According to reports from Scotland tonight, it's a case of OUT, OUT, OUT.Suits me

Keeping it real from this side

Say NO to the UnionSay YES to the UnionI wish they would make ther mind up.BTW trilby ye'll need to start labelling them. Who's who?

Wee Jimmy's the one on the let.

Wee Jimmy's the one on the let.

In Europe, OUT of the political European Super/Federal/Not SO Super State.

^ I agree, wholeheartedly, with Injera.

It's amazing how many people don't know the difference.

^ I agree, wholeheartedly, with Injera.It's amazing how many people don't know the difference.

id drag the the lot back & have them all thrown in prison for ruining
such a great country in such a short period of time.

But dont vote out we will lose jobs!

Report lmfao • March 8, 2016 4:20 PM GMT
Turkey moving closer to joining Eorope - heres a heads up fom a balanced source:
Turkey's application to accede to the European Economic Community, the predecessor of the European Union (EU), was made on 14 April 1987
Upon accession to the EU, Turkey expects to receive economic development aid similar to what Ireland, Greece, Spain and Portugal received. There is also an expectation that there will be an increase in European foreign investment in the Turkish economy, further driving economic growth. Additionally, in times of economic crisis, Turkey could expect economic assistance from the EU,[citation needed] similar to what Ireland, Greece and Portugal received after the 2008 financial crisis.

Free movement of people across the EU will give many Turkish people the opportunity to easily migrate to other parts of Europe in search of work, or a higher standard of living.

All this by 2021 - not that far away....
Turkey moving closer to joining Eorope - heres a heads up fom a balanced source:Turkey's application to accede to the European Economic Community, the predecessor of the European Union (EU), was made on 14 April 1987Upon accession to the EU, Turkey e

Report Burt06 • March 8, 2016 5:04 PM GMT
Cost. The  costs of EU membership to the UK is £15bn gross (0.06% of GDP) – or £6.883 billion net. (UKIP claim that the cost of EU membership in total amounts to £83bn gross if you include all possible costs, such as an ‘estimated’ £48bn of regulation costs – or  £1,380 per head [1]
Inefficient policies. A large percentage of EU spending goes on the Common Agricultural Policy. For many years this distorted agricultural markets by placing minimum prices on food. This lead to higher prices for consumers and encouraging over-supply.

Problems of the Euro. Membership of the EU doesn’t necessarily mean membership of the Euro. But, the EU has placed great emphasis on the Single Currency. However, it has proved to have many problems and contributed to low rates of economic growth and high unemployment across the EU.
Pressure towards austerity. Since 2008, many southern European countries have faced pressure from the EU to pursue austerity – spending cuts to meet budget deficit targets, but in the middle of a recession these austerity measures have contributed to prolonged economic stagnation.
Net Migration. Free Movement of Labour has caused problems of overcrowding in UK cities. The UK’s population is set to rise to 70 million over next decade, partly due to immigration. This has pushed up house prices and led to congestion on roads. The concern is that the UK is powerless to prevent large scale immigration because EU rules allow free movement of labour.

More bureaucracy less democracy.  the EU has created extra layers of bureaucracy whilst taking away decision making process further from local communities. For example, the British Chambers of Commerce has estimated that the annual cost to the UK of EU regulation is £7.4bn. The introduction of Qualified majority voting (QMV) mean that on many decisions votes can be taken against the public interest of a particular country.

Didn't Johnny Cash write a song about you?

Didn't Johnny Cash write a song about you?