mesmerised
Date Joined: 10 Nov 10
Add contact
28 Jun 21 01:37
Joined:
Date Joined: 10 Nov 10
| Topic/replies: 29,069 | Blogger: mesmerised's blog
You never know who you’ll have reaching where until you fill out the draw match by match, round by round, and it usually conjures up surprises, which in the WTA is a good thing as backing a sure thing in women’s tennis is like trying to nail jelly to the wall,  there’s been 13 new slam winners from the last 22 ever since Randomer Penn & Teller beat Roberto de Vinci to the the US Open in 2015, unfortunately for da Vinci her finest piece of work that tournament was beating Serena in the semi. Contrast that to the men’s game where there’s been just 1 new winner during the same period, Thiem.

However, if I had just one pick, it would be Barty @ 7/1, not much value but her draw is good, Fred West > Blink182ova > Frizz bomb > KostyUK > Azarenka > Angelique you know Kerber > God knows who in the final, the other side of the draw is anyone’s guess, Garbine, Big Foot, Sakkari on safari, Sabalenka amongst others.

Barty retired as a precaution at the French but just read quotes saying she’s fit, healthy, felt good on the practice courts, and really wants to do it on Goolagong’s 50th year anniversary, it is after all the grass where she was expected to win her first slam not clay, only question mark is that she’s not played any warm up events. Threats in her half of the draw are the likes of Azarenka @ 40/1, Kerber @ 40/1, Ostapancake @ 28’s, Gauff @ 20’s, plus a dark horse who’ll I get on to. Azarenka has played 5 grass matches in Germany but pulled out with an abdominal injury in Hamburg probably as a precaution for Wimbledon, it does put doubt on her though, physically she could struggle against Kontaveit in round 3. Kerber’s won 6 out 7 grass matches in the last 2 week including beating Kvitova and I have her beating Serena in the 3rd match. Penko has also just won 6 out 7 grass court matches as well beating a high calibre field in Eastbourne. Eastbourne is where pensioners go to retire so no surprise Zvonereva held up the white flag in round 1.

My 1 dark horse from the top half of the draw and the draw itself would be Badosa @ 80/1, she is very impressive and moreover, has it between the ears, mentally tough, does not have much experience on grass which counts against her but she did play a long 3 set match against Svitolina on the south coast which she lost in a 3rd set tie breaker, she also beat Grass court specialists Riske, a couple of years ago, her game is more suited to the red dust but I think she can play on this surface comfortably, her earliest biggest threat is Muchova chance, in the 4th.

If I had a gun to my head and had to call the winner from the bottom half I’d ask you to pull the trigger, you see can top seeds tumbling earlier than the top, KaPlis is the worst former World number 1 I can think off, she could easily lose in any round, wouldn’t surprise me if Zidansek beat her in Round 1 even though she’s barely ever played on grass, she at least has the confidence which can be enough to beat someone as flaky as Pliskabot, though more likely Vekic round 2.

Kenin’s draw has a good feel to it, she hasn’t played on grass for 2 years but won Mallorca in 2019 beating a strong line up whilst being odds against in the Quarters onwards, no reason why she can’t get past Wang > Brengle > Collins > Keys/Mertens > Kvitova > Saba/Sakarri/Garbine/ Ryba, the ability is obviously there, she’s @ 50/1. Two other mentions from the bottom, Samsonova and Jabuer, the former just won Berlin after coming through qualies and the latter won Birmingham, she’s won something like 20 of her last 25 matches on grass, or something close to that, never ignore form, both are 40/1. First time I really started to take the Tunisian seriously was when she lost to Halep in Dubai last year, a proper epic match, that was her coming of age match. I don’t really like the look of Swiatek on grass and although I see many tipping Serena yet again, I think her race is done, she’s gone at the game, will lose to the first half decent opponent which is Kerber.

3rd Quarter winner: Zverev @ 5/2 - Zverev’s draw looks quite comfortable til the Quarter match itself, Griekspor > Sandgren > Fritz > Humbert > Berrettini, though Humbert actually will give him a run for his money.

Don’t be tempted by the chump Kyrgios, he’s only here for a vacation, his own words, for years his boat race reminded me of someone I couldn’t quite put my finger on til recently, then I got it - Hades from Hercules, separated at birth. I suppose Cilic could be dark horse @66/1 if you can call him that, had another good grass court season thus far though beating mostly mugs.  Would have to get past Medvedev who’s just won Mallorca but I don’t fancy him on grass against good grass court players, then Cilic he’d have to get past Federer which is feasible given his age and injury concerns. One thing you can count on with him is he'll never retire from a match because he never has.

At the French open I finished I think around 40th with my bracket entry out of about 1,700 I think and am inside the top 100 out of a total of 2200 entries combing Australia and Roland Garros, had 45 correct r1 picks from 64 in Paris and 50/64 in Oz, trying to beat that here.

in the women’s at the French, the final had 31st seed v Unseeded, suffice to say I belly flopped. 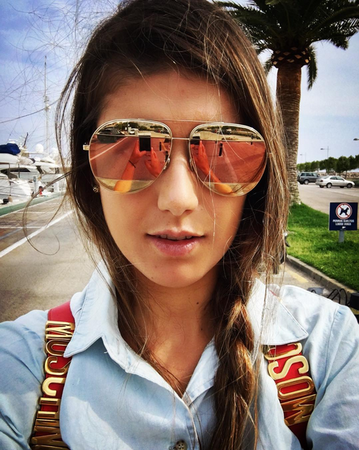 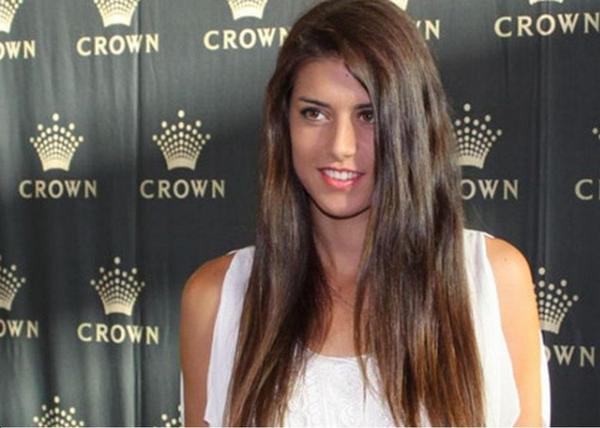 Report brain dead jockeys • June 28, 2021 4:54 AM BST
predicting womens slam winner is impossible........there are so many eastern europeans its getting difficult to keep track....i hope barty wins cause she seems such a nice person.

Personally think RBA is a good shout to win the 2nd quarter, which is weak. Can't see Tsitsipas adapting to the grass yet, and think he'll struggle somewhat. If Tiafoe had more about him then could be a round 1 defeat. RBA form isn't much to write home about, hence why you can get 600 matched for him to win it. Gives Djoko trouble too does RBA. Still a good grass courter.

Zverev I can't touch. Still waiting for the day where he comes out to play properly in a slam from round 1. His price has drifted from 16s to 32s and makes sense, as has Tsit 8.0 to 13.0. Both were far too short.

Let's be honest - none of us can see past Djoko but if I had to predict the semis:

Djokovic vs RBA
Berrentini vs Medvedev/Fed (If Fed finds some form he could really make Medvedev look like the sprawling, gangly, ungamely, hitter that he is on this surface - but wait and judge on Fed). He can't beat Djokovic but making the final is very possible.

AA to make quarters. Mentally very fragile, clearly. What is it now, 7/7 final defeats? (In 250s?). However, shown some good grass court form, and think he can get revenge over Humbert or have to coolness to overcome twatface Nick. (Ps. Don't believe his crap about vacation - he cares more than anyone, it's just all under one big facade). Would fancy AA vs Zverev, but as you say Zverev has the easiest draw to round 4.
Nice write up, and nice thoughts.Personally think RBA is a good shout to win the 2nd quarter, which is weak. Can't see Tsitsipas adapting to the grass yet, and think he'll struggle somewhat. If Tiafoe had more about him then could be a round 1 defeat

Report Platini • June 28, 2021 11:11 AM BST
The ladies tourney looks a total lottery (thanks to silly, silly girl Osaka) so your guesses are as good as anyones.

Kenin, 6th in the world, lost to 82nd ranked, 31 year old journeywoman, Brengle, who herself lost to Golubic today, it's what I call I've just beaten a big player syndrome, I made a thread on it once, I knew she would lose next round. Kenin was awful, maybe it was that time of the month, no idea.

Kerber / Shap / Zverev all on course to win their quarter, did not expect Murray to get to the 3rd round.

Romanian Warrior Princess's 1000's odds - now 160's on here, 125 with most books. Maybe that abdominal injury I mentioned played a part but Cirstea made it hurt more with the way she was playing.


Krygios, who scrapped past Humbert, will probably get past AA now he's decided he is up for it.

Novak is such a boring pick, but hopefully it's not all laid on a plate for him and someone actually pushes him.

Kind Regards
thanks, angoose, Daniel, SnowyKenin, 6th in the world, lost to 82nd ranked, 31 year old journeywoman, Brengle, who herself lost to Golubic today, it's what I call I've just beaten a big player syndrome, I made a thread on it once, I knew she would lo

Report DanielKoellerer • July 5, 2021 10:32 AM BST
All on course technically but both Shap and Zverev have beaten sod all. Shapovalov poor first round, then a w/o, then the Murray match is hard to judge. Proof will be in the pudding today against a 'seasoned campaigner'

Fritz did better than expected but all in all it's been comfortable for Zverev. AA then Berretini is a step up. Don't know what you'll get from double A - if he starts badly he can get inside his own mind for the whole match (really becomes inhibited sometimes), or he could come out firing against a potentially passive Zverev. Opening stages should be interesting.
All on course technically but both Shap and Zverev have beaten sod all. Shapovalov poor first round, then a w/o, then the Murray match is hard to judge. Proof will be in the pudding today against a 'seasoned campaigner' Fritz did better than expected

Shap heavy fav to win his.

Murray will be feeling a little better now with Shapo franking the form big style.

vwd on your bets.


thanks all for the posts, see you at the US Open, or maybe Olympics.
the Racing Post wouldn't accept me with my irreverent style, bdjDjokovic winning concludes the threadMain pick winners: Tournament - Djokovic 8/11 and Barty 7/1, Quarters Shapovalov 8/1 and Kerber 11/1Main pick losers: quarters Kenin 9/1 and Zverev 9
Post Your Reply Text Format: Table: Smilies: