Pokermonster
Date Joined: 14 Sep 04
Blogger: Pokermonster's blog
Add contact
16 May 15 22:49
Joined:
Date Joined: 14 Sep 04
| Topic/replies: 11,041 | Blogger: Pokermonster's blog
Pictured below is a Telecue telescopic cue, it is undoubtedly one-of-a-kind and probably the only cue the company ever made that might be considered as being of a professional quality.  The original models (endorsed by Tony Knowles) featured butts of moulded plastic and aluminium.  The tooling cost a fortune but the finished product was clunky, unbalanced and sported a cheap imported ash shaft.  These cues were, inevitably, a very expensive failure.  The company was sold with large debts and the new owners embarked on a project to redesign the telescopic cue concept, abandoning the metal and plastic handles in favour of traditional wooden butts.

At this point Roger Bucknall, the founder of Barracuda Sports, was asked to make a prototype (the cue shown in the pictures).  The cue is 57 inches long when closed (extending to 69 inches), has a 9.5 millimetre tip and weighs 16.4 ounces.  Roger truly was an amazing crafstman, without peer in the art of cuemaking in my opinion.  After selling Barracuda he garnered world renown as a master luthier (a violin and guitar maker) and there are countless biographies about him on the internet if you would care to google his name.

Sadly, however, as Telecue was primarily a company of engineers and not craftsmen (or players) they erroneously decided to incorporate the internal mechanisms from the old products in their new models as a cost-saving exercise, instead of re-tooling for the slimmer, correctly tapered design of my cue.  It was another huge mistake.  The resulting cues were ridiculously heavy (up to 23 ounces) and, once again, featured very poor quality shafts from Taiwan.  Not only were the mail-order return percentages horrendous, the unit costs of manufacturing the butts were astronomical due to the scrappages that occurred in drilling them.  The whole disastrous project was shelved within a couple of years and Telecue concentrated on the cue-extensions which, thankfully, have been their saviour.

I'm guessing that this cue isn't to everyone's taste, but I thought its story and provenance might be of interest and the fact that it is arguably the most expensive cue ever created. 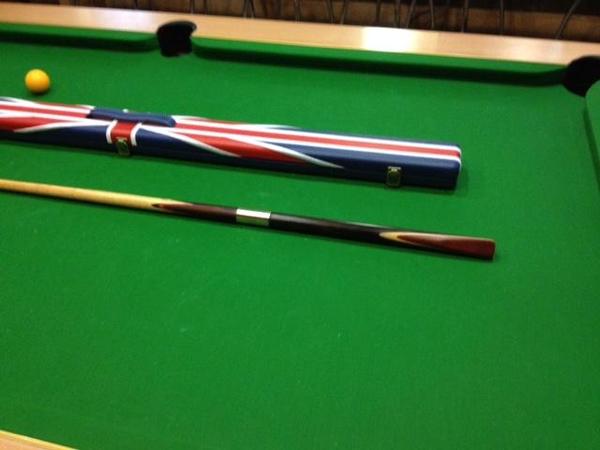 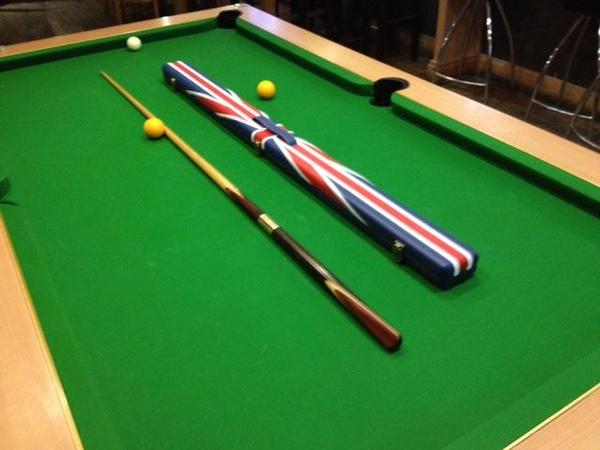 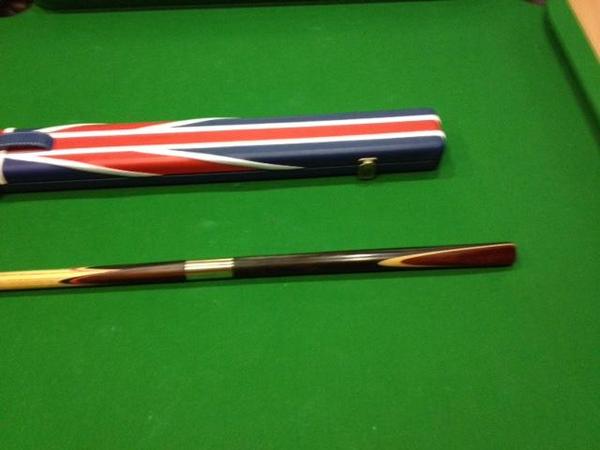 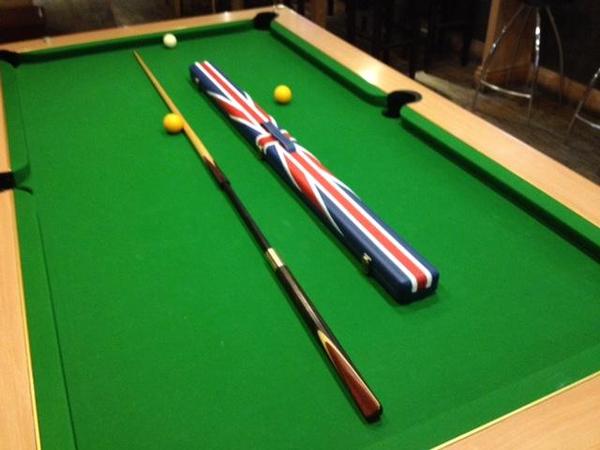 The first is Higgins, Knowles, Stevens and White holding the aluminium Telecues during a promotional photoshoot for their Wanderer single, Tony persuaded them as he was being paid by the company.  The second image is another example of Roger Bucknall's incredible skill.  Being able to sculpt a hand so well is admirable enough, but when one learns that the cue its holding began life as part of the same block it displays a level of artistry that has never been bettered in our industry.  Note how the rosewood splicing carries on through the cue and across the knuckles.  This is not two separate pieces of timber, a cue placed in a hand, it is a single carved piece of wood. 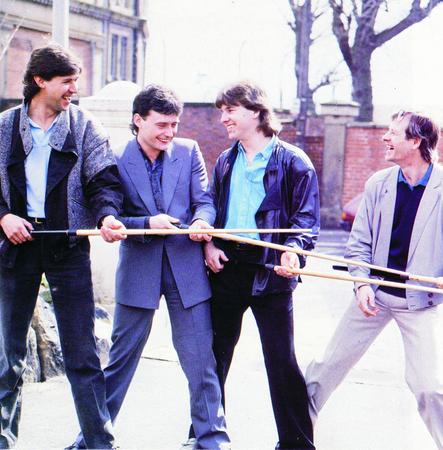 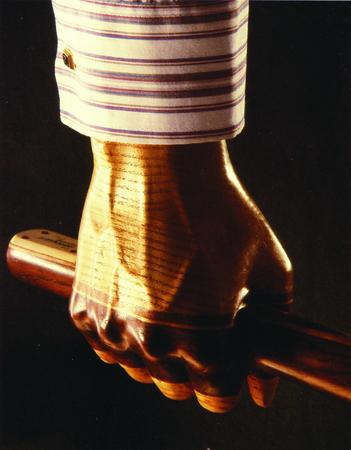 Here's a couple more pictures from the same time.The first is Higgins, Knowles, Stevens and White holding the aluminium Telecues during a promotional photoshoot for their Wanderer single, Tony persuaded them as he was being paid by the company. The
Post Your Reply Text Format: Table: Smilies: