How was that not a red though

yes that the correct points for cards I never use sportsbook so I am confused about what the actual market is as there are two markets:  "Total Bookings Points 1" and "Total Booking points 2"It's not clear but I am guessing 1st half and 2nd half

I assumed TBP1 simply to be less risk.  Naturally I was greedy & went for the bigger odds

Thanks H I assumed TBP1 simply to be less risk. Naturally I was greedy & went for the bigger odds

Report bigH • January 20, 2017 7:01 PM GMT
Missed the Ivory Coast game thankfully as would have been a loser

single bet on Morocco to win this


Easy money
Hope everyone was on unders again todayEasy money

Report Super Hans • January 23, 2017 8:55 PM GMT
Senegal are all that's wrong with modern football.
Feigning injuries all game and playing for a draw when already through

Senegal are all that's wrong with modern football.Feigning injuries all game and playing for a draw when already through 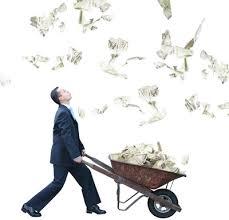 hope we were all on the unders double again tonight 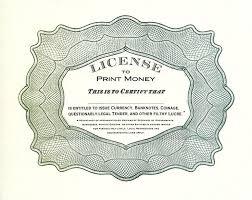 Report Petruchio • January 30, 2017 11:07 AM GMT
Apologies if anyone's already raised or answered this - what's the situation with Eurosport and the standard Sky Sports package ?

I gather that Discovery (who own rights to Eurosport) can't agree contract terms with Sky after 31 January (tomorrow) and I keep getting a message on the ES screens to the effect that Sky viewers won't be able to watch AFCON from 1 February. While I agree that this isn't a major loss (see *below) it's really quite annoying to be prevented from watching a competition as it enters its semi-final stage. If anyone's contacted Sky or actually knows the situation - can you get a temporary pass to Eurosport, or can you subscribe to Discovery independently (if so, how much per month)?

* This must be the worst AFCON yet.  I accept that the pitches and the refereeing aren't helping, but I really believe that most of these teams wouldn't survive in League 1.  The one or two class players on show just haven't turned up (thought Mane, all through the QF, had a balloon over his head saying he'd rather be at Anfield). Didn't Pele say about forty years ago that an African team would win the World Cup before the year 2000 ? Yeah, right. And why do all the goalkeepers fall over in agony when nobody's touched them ?
Apologies if anyone's already raised or answered this - what's the situation with Eurosport and the standard Sky Sports package ?I gather that Discovery (who own rights to Eurosport) can't agree contract terms with Sky after 31 January (tomorrow) and

Hats off to those who actually travelled to see the tournament

"I’m just back from two weeks in Gabon attending some games during the group phase of the 2017 African Cup of Nations (or CAN - Coupe d'Afrique des Nations). Here’s a short report and a few pictures.

There was a bit of turmoil in the country, with several people being killed, in the aftermath of the general election last August that was suspected to have been ****, according to the opposition and some international observers. At times, it was even rumoured to withdraw the tournament from Gabon. Things calmed down though in the meantime and the cup went ahead. Emotions about it were mixed. Many locals see it as a waste of money and a prestigious project of the President in a country that is rich in oil, tropical wood, and manganese, but where most of the public don’t get a share of that wealth.

However, lots of Gabonese are football-mad anyway, even though their country never enjoyed the success as the likes of Cote d’Ivoire, Cameroon, or Ghana. The overall atmosphere around and at the games was cheerful and positive, although attendances did not meet the organisers’ expectations (which is an entirely different topic).

I arrived in the evening before the opening match in Libreville and my AirBnB host had already purchased a ticket for me. 10,000 CFA-Francs (€15) for the main stand and that’s face value. Rather pricey compared to previous tournaments on the continent but that included a double-header (Gabon v Guinea-Bissau and Burkina Faso v Cameroon, both games ended in a 1-1 draw), an opening ceremony featuring some regionally famous pop stars, as well as the opening speech by the notorious President Ali Bongo Ondimba.

Officially sold out, the Stade d’Angondjé (a.k.a. Stade de l'Amitié) had a few empty seats that day despite the host nation playing. That was not due to a lack of interest by the locals but rather owed to the chaotic ticket selling procedures. The official ticket sales points often had none available while plenty of complimentary corporate tickets were touted outside. The atmosphere was good and cheerful but the Gabonais soon left disappointed after only drawing with first-time participants and footballing minnows Guinea-Bissau. The second game of the day was a lot more exciting with good support from Burkina Faso and Cameroon, with many of them living in Gabon.

Next stop was Port Gentil, further down the coast and only accessible by boat (4 hrs, €40) or plane (40 minutes, €150). I chose the boat. There are no timetables but at least one ferry is supposed to sail every day (unless the sea is too rough). I was lucky to catch a 9:30am departure after having arrived at the ferry terminal at eight in the morning. Port Gentil is a town built on oil and has steadily grown over the last years. But don’t expect a big city. African towns are more like very large villages.

Again, the two official ticket outlets (the revenue office and the hospital) had no tickets available on the day before the match, let alone on matchday. After hours of looking for spares, we’ve ended up buying complimentary tickets off a tout at the same price a paid ticket would have cost (€8 each for the main stand). The newly built stadium is located 10km out of town on a newly built road leading to it. However, the last third of the road is blocked off for traffic, leaving everybody with a good hike in the boiling sun. No surprise the ground was only half full for the Ghana v Uganda and Mali v Egypt double-header.

Catering at the grounds was limited to canned soft drinks and baguette sandwiches. No beer. But many gave up trying to get to the front of the “queue”. It was chaotic to say the least.

Getting back after the game was a bit more challenging. It took us a one-hour walk (or half way along the newly built road) to finally find a taxi that would take us back into town. No public transport, shuttle buses or anything – unless you were in the VIP brigade with your own chauffeur.
The ferry back to Libreville was put forward from 5pm to 5am, which meant a very early start and lack of sleep for the rest of the journey that day. Franceville in the southeast of the country is connected to Owendo (near Libreville) by Gabon’s only train line and was to be my next stop. There are two trains operating alternately on this route once a day (except Saturdays): A worn-out 1980s French SNCF train and a newer, more comfortable 2011 Korean train. Buying tickets in their official agency was surprisingly easy and straightforward, and so I embarked on the old train on the way out (6 hours delay) and the fast train on the way back (on time).

Franceville is a very pleasant town, spread out over several green hills, and very calm and relaxed compared to other African cities. That’s unless you go to the Potos area with its colourful, bustling market and wooden shack bars where you can knock down a few 65cl bottles of cold Régab for under a euro each while listening to very loud music and nibbling on brochettes (meat skewers). I decided to spend a few days here simply to recover from the rough travelling the previous days, and this is also when I decided to skip the trip to Oyem (the fourth venue of the tournament located in the north of the country and a nightmare to get in to or out of).

The ticketing in Franceville was much more efficient compared to what I’ve experienced before. There was an official salespoint on the major roundabout in Potos as well as a few mobile sellers going from bar to bar offering the cheapest category at 500F (80 cents) just to make sure that at least a few people will go to watch the game. That wasn’t easy as the Gabon match on TV had more appeal to the locals than watching Burkina Faso battling it out on the pitch versus Guinea-Bissau.

It turned out that some of the Guinea-Bissau FA officials and their press team also stayed at my motel-style accommodation by the river. We soon became friends, had a few beers together, I got interviewed by their radio station, was handed a complimentary ticket to sit with them, and was invited to join them on the minibus they hired to get to the ground. A good day out despite the fact they didn’t make it past the group stage.

Senegal v Algeria the next day attracted plenty of Senegalese who work and live in the region. Their support was simply amazing. Very musical, rhythmic, and enthusiastic. Senegal also played the best football I had seen so far in this competition. A good handful of Algerians were also present and God only knows how they managed to get their pyro into the ground with security checks being more thorough than at some European airports. A good game that ended 2-2, and over all a very atmospheric night.

After returning to Libreville and just taking it easy for two more days, I came back home last weekend. What an experience.

Did I like it? Oh, yes. Was it worth it? Absolutely. Would I recommend it to others? It depends. Only if you’ve gathered previous African travel experience and can cope with the chaos, the heat and humidity, the lack of toilets in bars, and the overall uncertainty, frustration, and challenges to get anything organized.

Remember there are no street names (so you’d need to know exactly where you’re going), no public transport or timetables (apart from the train), plenty of dirt roads (also in town), day time temperatures around 30°C and 90% humidity, heavy thunderstorms at night, hardly any useful info to be found online (if you’re lucky enough to get wi-fi), and hotels not honouring your bookings. And it’s not cheap. Allow at least €30 for a basic room. Supermarkets selling mostly imported goods from France at twice the price compared to Paris, and a plain Pizza Margarita in a simple eatery costing as much as €10. The sky is the limit at the better, air-conditioned restaurants. However, you can also get decent local food at places that at first don’t look too inviting for less than €3 a meal. And the beer is generally always good and cheap. The people are usually very friendly, helpful, and hospitable.

See you in Cameroon in two years!"
Yes profitable and hilariously rubbish all the way through.Hats off to those who actually travelled to see the tournament Here's a great read from the European Football Weekends FB page"I’m just back from two weeks in Gabon attending some games dur
Post Your Reply Text Format: Table: Smilies: